Bridging communities
through the arts…

ArtsACTION, a program of Unity Stage, focuses on fitness through the performing arts. To be healthy, children need 30 to 60 minutes per day of moderate to vigorous physical activity. Read more from the American Heart Association here.

Unity Stage’s ArtsACTION initiative addresses this need via lunchtime performing arts sessions in public schools in Western Queens. Enthusiasm is high among kids and parents as word has spread about the fun and fitness benefits to youth, many of whom have only one gym period per week, and are not able to go outside to play during winter lunchtime recess.

We also offer After-School Arts programming tailored to your school’s needs as well as Evening ArtsACTION options for children and their parents, including Chorus and Movement. See NY1’s June 2013 piece on ArtsACTION here. 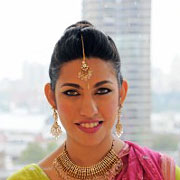 Alisha Desai has an expertise in Indian dance, specifically Bollywood and Bharatantyam (Indian classical). She is a featured dancer in AATMA’s Mystic India: the World Tour, where she has performed for audiences nationally and internationally including China and the Middle East. She is a company member of Ajna Dance in New York City. Alisha is also an experienced choreographer, and is skilled in other dance genres as well. Alisha has extensive teaching experience with Unity Stage Company and Fit4Life Kids. She was a Resident Choreographer and Co-Director for NYC’s Children’s Theater Company for three seasons. A graduate of Sarah Lawrence College with a concentration in performing arts, Alisha’s background also includes theater, film, and vocal performance. Notable projects include The Death of Don Juan, a modern opera and the feature films Karma Road and Captured Hearts. 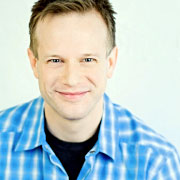 Michael McGurk has performed on Broadway in the original company of The Wedding Singer and in the original revival company of The Music Man. Off-Broadway he played the role of Willie in A Tree Grows in Brooklyn. He was on the First National Tour of Dr. Dolittle as Jip. His regional credits include Eddie in Ancestral Voices at Music Theatre of CT, Pittsburgh CLO (2012 Gene Kelly Distinguished Alumni Award), Sacramento Music Circus, Tuacahn Center For The Arts, Goodspeed Opera House, Denver Center Theatre Company, Barrington Stage, Houston TUTS, Walnut St. Theatre, North Shore Music Theatre, Stages St. Louis and the North Carolina Theatre. Michael has performed on The Tony Awards twice. He holds a BFA from The Boston Conservatory. Michael has taught masterclasses in Musical Theatre and dance all over the country. 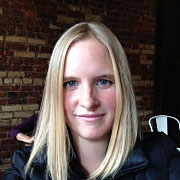 Molly Rusich has a degree in Dance from the University of Wisconsin—Stevens Point and has been teaching children to dance for over a decade. She currently owns and operates Astoria Preschool Dance and also teaches at the Serious Fun afterschool program. Classically trained, Molly enjoys the widest variety of dance styles possible and encourages people to incorporate dance into their everyday lives. Molly resides in Astoria with her husband and four children. 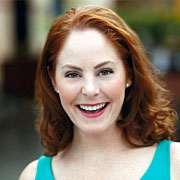 Kate Scott (ArtsACTION Coordinator) grew up in Richmond, VA and currently resides in Astoria. She began working with Unity Stage Company in 2009, and she continues to grow through their work and community outreach opportunities like ArtsACTION. She has taught both locally and nationwide in numerous styles: ballet, modern, jazz, theater, masks and creative movement, tap, ballroom, etc. As a musical theater performer, she enjoys her time between shows to give back to the community. Credits include Asia/National Tour: My Fair Lady (Mrs. Eynsford-Hill), Hudson Vagabond Puppets; Regional: Disney’s Mary Poppins (Miss Lark, U/S Winifred), Starlight Express (Buffy, U/S Dinah), Sweet Charity (Rosie), Thoroughly Modern Millie (Ruth), 42nd Street (Dorothy Brock). Concert dance: Isis Movement Company, Forces of Nature, Incidents Physical Theater. She received her early training at UNC School of the Arts and holds a BFA from SUNY Purchase. She is a proud member of Actors Equity Association. 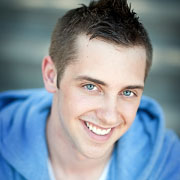 Clinton Sherwood is ecstatic to join the ArtsACTION family! He has been entertaining for over 10 years: performing on TV, cruise ships, and in theatres from California to London. He holds a BFA Musical Theatre Major and Dance Minor from Millikin University. Clinton has a true passion for teaching and sharing the arts with all ages. He graduated from and returned to teach at Hart High School, and he has contributed to their national award-winning arts program. He is a member of Actors' Equity Association. 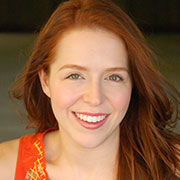 Lauren Tatum graduated Summa Cum Laude from Kennesaw State University with a BA in Theater and Performance Studies and a Minor in Dance. Lauren has received many dance scholarships and awards including, The Edge Dance Studio in LA, the Broadway Dance Center in NYC, Under Graduate Scholar of Research and Creative Activates and Outstanding Senior Award in Theatre. Lauren performed internationally at the Shanghai Theater Festival in Monkey King and at the Edinburgh Fringe Festival in Beowulf. Lauren started performing professionally in Atlanta at the Lyric, Theater on Main, Tyler Perry Studios. As part of Atlanta’s Young Audience Program, Lauren helped create and choreograph a public schools interactive dance program. You can see Lauren performing in Young Frankenstein at The Fulton Theater Playhouse in February. 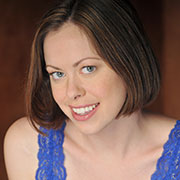 Laura E. Taylor is a proud graduate of Interlochen Arts Academy and Fordham University. She recently graduated from the University of Pennsylvania with a Masters of Applied Positive Psychology. Additionally, she trained at the Alvin Ailey American Dance Center in New York. As a performer, Laura has had the pleasure of working in over 26 professional productions including National Tours of Oklahoma! and Beauty and the Beast. Regionally she has played roles such as Millie Dillmount in Thoroughly Modern Millie, Sister Mary Leo in Nunsense, and Ulla in The Producers. She loves teaching and has taught Ballet, Pointe, Modern, Jazz, Tap, and Musical Theatre in Nashville, New York and Chicago. 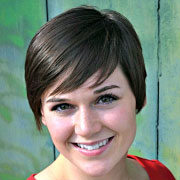 Jayme Wappel, originally from Raleigh, NC, received her formal dance training from Point Park University in Pittsburgh, PA and recently graduated magna cum laude with a Bachelor of Arts in dance. While at Point Park, Jayme had the privilege of working with Kiesha Lalama, Doug Bentz, Garfield Lemonius, Ronald Lee Hutson, and Cheryl Mann among others. She also had the opportunity to perform in Pittsburgh Jr.’s musical, Yo, Vikings!, at the Pittsburgh Playhouse. Jayme most recently was seen performing in Thoroughly Modern Millie, Mary Poppins, and Starlight Express in Utah at Tuacahn Amphitheater. Jayme is thrilled to join the ArtsACTION team in 2014 and share her love of dance! 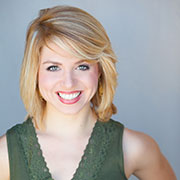 Sarah Zielinski, originally from Pittsburgh, PA attended Point Park University and graduated summa cum-laude with a Bachelor of Fine Arts in Dance and minor in Theatre. While at Point Park, Sarah had the privilege of working with Robert Battle, Francesca Harper, David Parsons, Ann Reinking, Bill Castellino, and Josh Bergasse. Past performances include Les Troyen at The New York Metropolitan Opera with Doug Varone, Mary Poppins, Starlight Express, and Thoroughly Modern Millie at Tuacahn Amphitheatre. Sarah is currently a company member of Jessica Taylor’s Damagedance. She has also been assistant choreographer to Kiesha Lalama in the Gene Kelly Awards along with CLO Academy’s Mini Stars in How to Succeed in Business without Really Trying. Sarah’s choreography credits include Oklahoma!, My Favorite Year, The Wedding Singer, 42nd Street, and Titanic for high schools in the Pittsburgh area and choreographer for The Blumenthal Performing Arts Awards in Charlotte, NC. Sarah is also certified with Power Pilates.